We started the day off at 10:00 AM by laying down a wreath of flowers at the national monument in Schuman. Together with the attendants, we held a minute of silence in honour of the victims, their families and their loved ones. 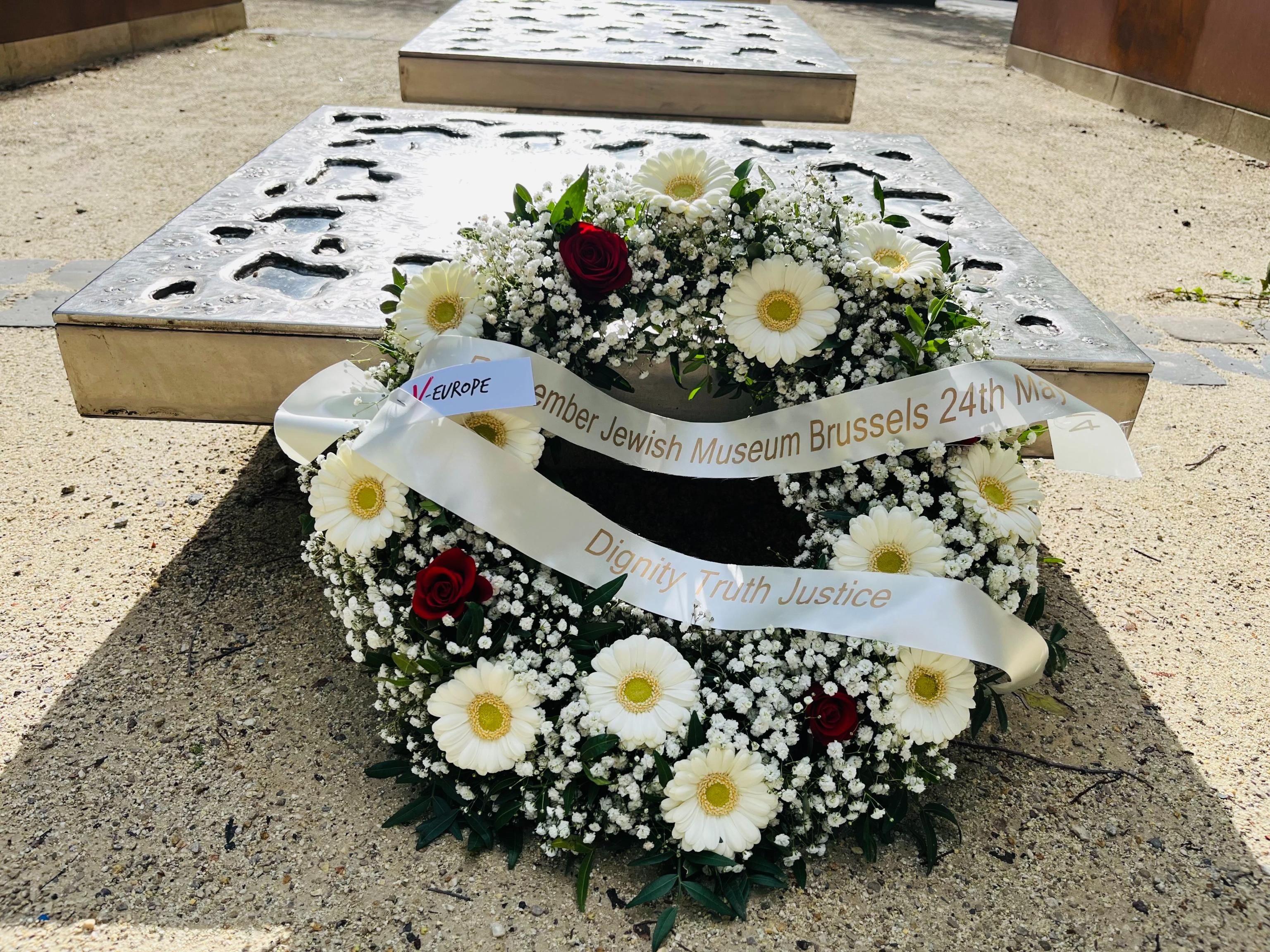 As the Jewish Museum of Belgium has been doing since 2015, president Philippe Blondin and his team held a ceremony this year at 11:00 AM inside the museum. Unlike the previous years, the event was kept more privately and within a closer group of people.

A class of 9 brave students and 3 teachers from the Institute for the deaf and blind of Uccle were also invited. And as Alexia Strens, who lost her brother during the Jewish Museum attack, said during the ceremony: it is especially important for younger generations of our society to remember what happened. So, we can strive towards a more peaceful and loving future. We humans are one family and we should not make life complicated, we should be kind for each other.

Rabbi Marc Neiger of the liberal Synagogue Beth Hillel in Brussels recited El Rahamin. He invited us all to light a candle. Symbolising the souls of the victims we lost; just like a flame, you can feel it’s presence and warmth, but you can’t hold or touch it.

After having a moment of being together in this indescribable humane feeling, we concluded the ceremony by laying down a flower wreath next to the ones that others had brought as well.

For many of us, the memorial had been emotional. However, we strongly believe that everyone who attended finds the yearly commemoration essential. Not only for themselves, but also for our society.

We are incredibly thankful of the Jewish Museum of Belgium and in particular its president, Mr Philippe Blondin, for organizing this commemoration every year.